Current listings for LaRue, if there are any, can be found at the end of this article. 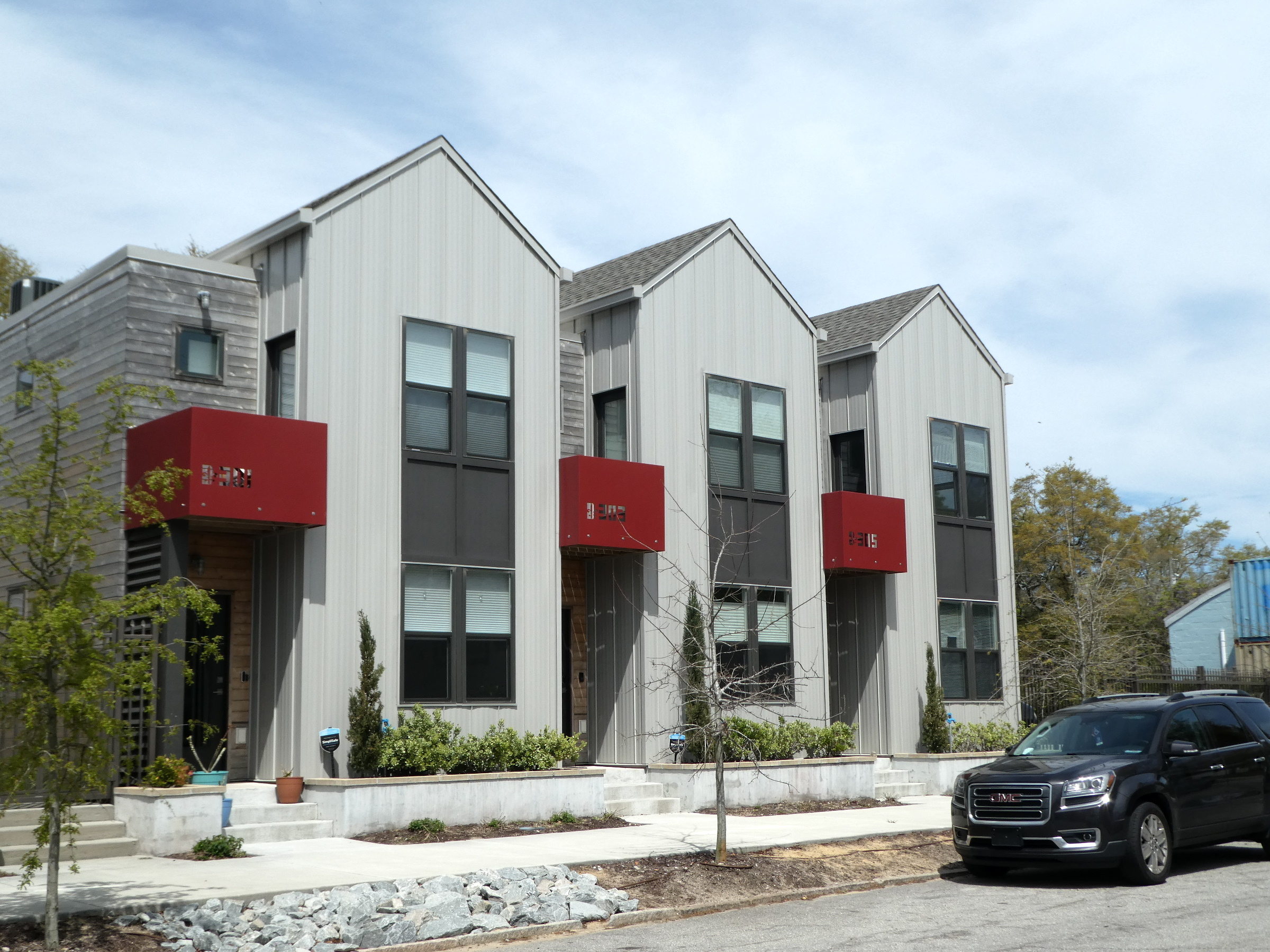 Downtown Wilmington is going nuts. The north side along the Cape Fear River, NOFO, Castle Street, Soda Pop, everywhere there’s new construction, renovation projects and new businesses popping up. But nowhere is it nuttier than the South Front Street, an area was once blighted by Wilmington’s oldest public housing project, Nesbitt Court.

The aptly named Satellite Bar, like its pioneering forefather, The Ice House on Water Street, brought life back to area of town largely abandoned and underutilized.  Walking the crowded streets of downtown Wilmington today it may be hard to believe but in the very early 90s Wilmington’s Central Business District had nearly become a ghost town.  But then The Ice House opened on Water Street with a live local bands every night, no cover charge and an excellent selection of beers on ice. Crowds began gathering regularly packing the open courtyard on the weekend nights. The crowds, the music and the lights began breathing life into the quiet gloom that had enveloped old Wilmington for a decade. Soon other bars and businesses were opened up around the corner. There is a tendency among some these days to demonize the merrymakers in downtown. I think it’s a good idea to bear in mind, as we capitalize on the success of those who went before us, that there is no Bourbon Street without bourbon. It was the revelers who brought new life to the darkened streets of old Wilmington. And and like The Ice House before them Satellite and The Harp created a welcoming hearth for the new inhabitants of old Nesbitt Court as it was renovated into the South Front Apartments. The Artworks brought in artists and their patrons. And along came Benny's Big Time Pizzeria, more apartments, The Container building, Salt Yoga, The Second Glass (sister to the Fortunate Glass on Front), and Love, Lydia Bakery & Cafe. And on it goes. The New Anthem Beer Project will soon occupy a 15,000-square foot brewery and tasting room in the Capps Hardware Building. There are rumblings of activity for blocks up and down 3rd and Greenfield Streets all around. South Front is on the march.

Which brings us to LaRue. To the east across Third Street from the South Front Apartments, a block north of The Harp Restaurant, a new eight unit complex is taking shape to be known as LaRue. The strikingly modern LaRue is being developed by architect Kevin Pfirman whose offices are located in an existing building on the east side of the same property. When completed there will be eight units in total with with five units facing 3rd Street and three facing Martin Street. Access to the property is off of Martin Street between the three units which will face Martin and the existing barrel roofed building which will remain the offices for Mr. Pfirman’s architectural firm.

Each of the eight units of LaRue will be two stories with the living room, dining room, kitchen and a half bath on the bottom floor. The second floor will accommodate two bedrooms, equal in size, each with an attached baths and walk in closets. The front bedroom will also have access to a 5 foot square balcony facing either 3rd Street or Martin. All eight units are essentially the same floor plan however a few are inverted, or mirror images of the others.

Each unit will be 1062 square feet with half going to the ground floor living space and half to the second floor bedroom area. The ground floor also houses a laundry area which accommodates a full sized side by side washer and dryer. And each condo has a covered porch measuring 7’5” x 6’4” to the rear of the building. Exterior walls will be finished with painted metal panels. The inset stairwells will add a natural wood tone with horizontal planks of sealed mahogany. The large exterior widows will be set in black metal casings which blend with flat black panels to form larger rectangular blocks. The gabled roof ends give a air of domesticity to the clean minimal modern look.

There are active railroad tracks running diagonally across the north side of the property, carrying freight into and out of the port. CSX recently announced their intention to increase the number of individual trains running locally. In addition, they intend to extend the length of each train from an average of 3,500-4,000 feet to as much as 10,000 feet. A call to Wilmington’s Director of Planning, Development and Transportation Glenn Harbeck confirmed that the city is currently studying an opportunity to relocate the freight rail line to a more direct route into the port. That would allow the existing rail to be repurposed for an urban trolley service, just like the Wilmington of 100 years ago. The city applied for a national grant to study track realignment last October (2018). Given the competition from larger cities, the likelihood of getting the grant is slim, but the city is committed to the exploring realignment regardless. The eventual realignment will involve construction of a new bridge across the Cape Fear River dedicated solely to freight rail traffic, in all likelihood traversing Eagle Island. Consequently, some wetlands will be affected, which means environmental impact studies. If all goes well, the project could come to fruition in a decade, or longer. So more rail traffic for now, and none later. Once the tracks are no longer in use for freight, some of the remaining rail corridor could make an excellent pedestrian trail.

Railroads are kind of like swimming pools in the real estate terms. Some people like them, some people don’t. I was surprised to hear in recent conversations about the tracks the some people would welcome seeing the passing trains. One client told me ‘I wouldn’t mind a bit.’ another said “My daughters would love it. So the boldly modern LaRue will certainly find its fans.

I believe these units are priced attractively and the long term prospects for the area are fantastic. So if you are interested in a lively downtown environment with the convenience and efficiency of a modern design, LaRue will be well worth considering. 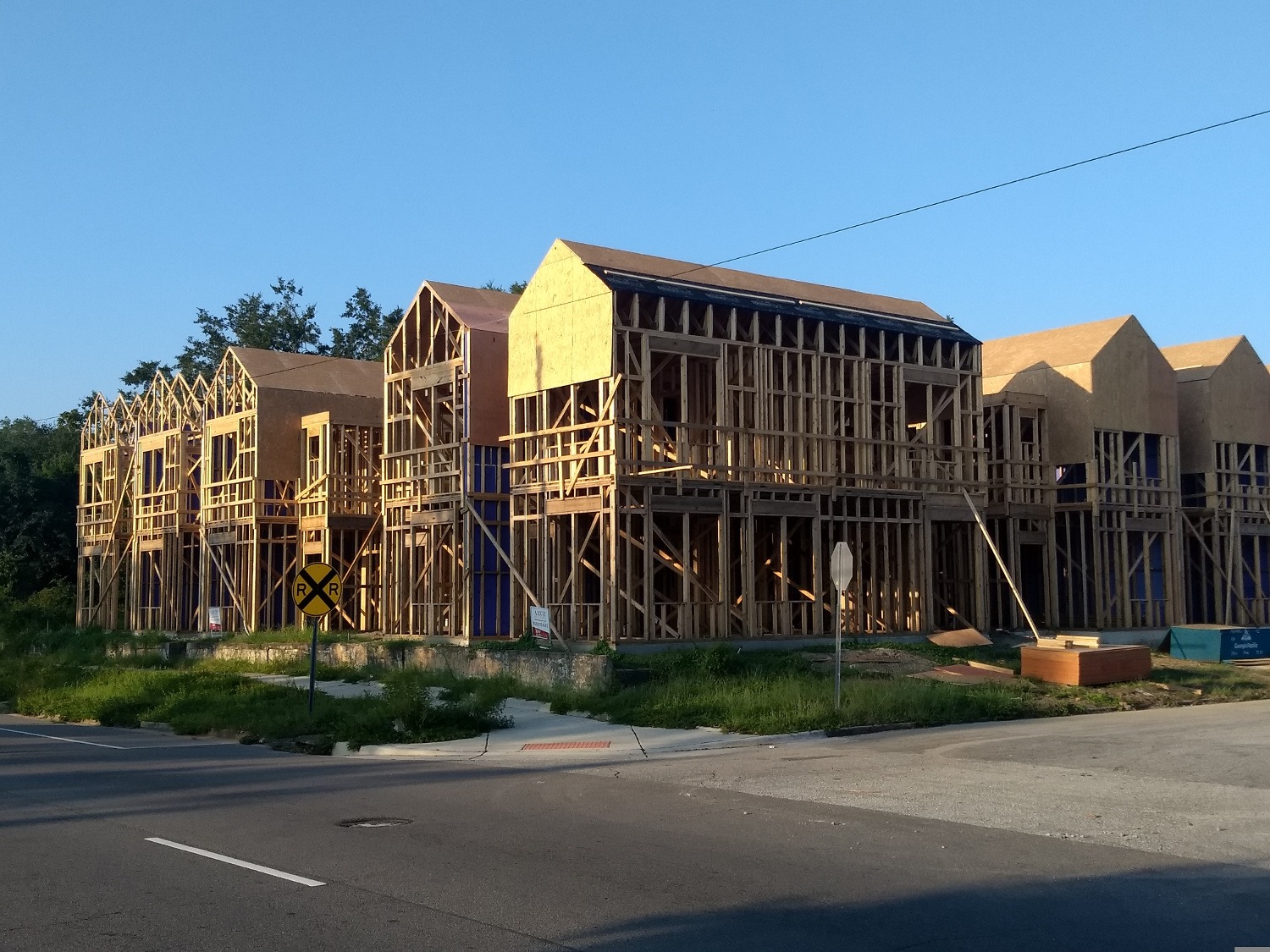 Properties Currently on the Market

For more information or to schedual a showing please contact: